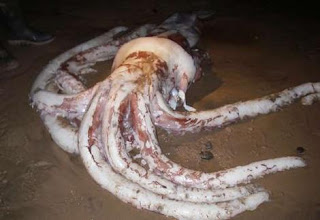 Spending a stint in the US, yesterday I attended a part of the Baltimore improvisation festival High Zero – it turned out that by chance the marvellous violinist my friend Katt Hernandez, about whom I had just written (just scroll down) here, was coming over from Sweden at the same time as me and playing here while I was in the area. One of several notable musicians catching my attention this evening was bassoonist Katherine Young, squeezing a wealth of strange, atmospheric, partly unheard, noises from this unusual instrument. Then let me mention that I noticed someone in the audience hanging around with the other musicians (most people know each other at impro concerts) as somehow striking and whom they called Amy. Later studying the festival program, I realise she was one of the performers too, only not playing this particular evening. The program informed me that Katherine Young and Amy Cimini both are some kind of musical prodigies from New York City, playing in all genres and being some kind of local superstars, with Cimini also having a PhD in musicology and studying philosophy of music. This might have interesting aspects or not, but what did arouse my interest was that the two had a duo, named "Architeuthis walks on land". For non-malacologist or cephalopodophilic readers, Architeuthis is the giant squid. Thus, the terrestrial cephalopod. A sibling of this site, or just another harbinger of an upcoming invasion?

Posted by the biographed poet at 8:33 AM No comments: 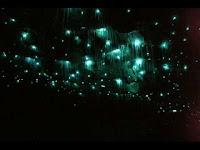 A few days ago I met, and saw perform, two musicians whom I feel inclined to count among my favourite performers, and to say something about why. Both relate sound to space, in a way that makes it once again perhaps possible to say something about the nature of musical improvisation and its remarkably little analysed general relationship to inner models, automatism and atmosphere.

There is something rather uncanny about how as soon as Katt Hernandez touches the strings of her violin with her bow, a space is being instantly created, a particular cave suddenly claiming the area it happens to occupy, a hollow full of rain and flashes. We could see it as a bubble in reality, or we could regard it, considering the fact that it is framed by being triggered via the ears, as the charged void filling our cranium. It's like magic. The weird riverlet, the lit tunnel, the furry bloodstream of the tones and sounds gushing forth takes us places we'd never thought we could go. If varying the pitch of a violin note habitually makes us feel a certain dizziness, or to nervously look around for insect swarms, or have the feeling that we are seeing the air densifying, the storm brewing and the buildings start crumbling, these are still but temporary rafts to grab on to in the midst of this flow which fundamentally remains in the yet indeterminate, that which is perpetually becoming. Hers is a magic formula for opening up this space, and some of our imaginary lives are curled through its tunnels like an unusual respiratory cord through muddy waters, glowing in ore scarlet like the proverbial red thread.

Henrik Olsson sits in a circle of a few chosen objects, waiting, concentrating, and then dancing around among them, barely touching something here something there, thus making these objects sing, in an unexpected way. The way they sing and ring tends to build up an image in architectural terms. Also the liberal use of silence takes part as one of these solid building blocks. It looks like an inner model, a vision. His controlled yet organically disenveloping movements, this dancing or ritual patterns, tends to wonderfully emphasise the aspect of eroticism in musical improvisation, since what there is emerges suddenly out of the conjunction of smooth movement, touch and sound. Unafraid of waiting in silence, unafraid of clear and pure sounds, even unafraid of emerging raw harmony, his erecting this particular castle in the sky, is a conjuring act too, a poetic witch recipe at a modest oven, cooking up this strange mist that takes the shape of endless stairs, unusual angles and incredible little ornaments. Not to mention the frogs and little birds hiding in nooks, crevices and spandrels, squeaking, telling their weird anecdotes. And chaotic yet calm reflections of light and sound between these cloudwashed surfaces. Space.

So both Katt's and Henrik's are conjuring acts, directly involving space: while the one is using her bow as a wizard's staff to immediately create a new, imaginary, real space; the other takes more time to shamanistically dance through a temporarily charged space to slowly build up that new, imaginary, real space. For those who don't see what I mean by "space" here, start with "atmosphere". Any atmosphere or ambiance which is very clearly emerging from some psychic beacon (a manifestation of creativity, a thought assuming its rights, a poetic act, be it arising out of one mind or from a point of objectivity or intersubjectivity) charging the situation with something unusual and tangible, above a certain threshold where it is undeniably tangible, is a spatial manifestation of the imaginary. In some way it occupies the same spot as the ordinary space where it emerges, which can be described in euclidian coordinates, yet still it pushes this common space aside. 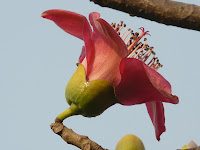 If both are highly trained, experienced and concentrated, (and especially Henrik emphasises that he has to move very exactly so as to pull the full sound out of his chosen percussive objects rather than just a muffled clattering), they still cannot be said to be "in control"; the purpose of training is to make that which is learnt obsolete, to be able to enter into the communion, first with this impulse, but not with the impulse because that's not primary but in a sense merely a response too, but rather with the instrument, but not with the instrument because that is just the tool in the magic process, half-assimilated half-antagonist, alien extension of the body, but perhaps rather specifically with this new imaginary space being realised in the moment, and the sea of possibilities inhabiting it?
(Of course I may have to emphasise that Katt and Henrik may not at all share my particular interpretation and thoughts. And that this is not a review of that particular performance evening at Fylkingen, which contained other highly notable elements too such as Tippi Tillvind's aggressively shapeshifting photocollage and Erik Ruin's lively space-weaving live light projections)
Mattias Forshage
Posted by the biographed poet at 11:29 AM No comments: