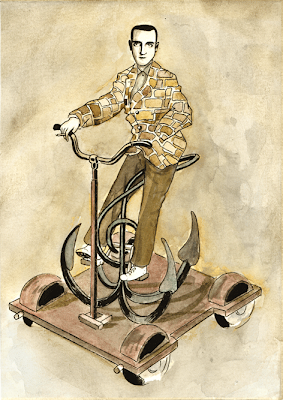 The drawing above represents a dream-interpretation of the following actual form, which was seen in a photo of a café interior, and which was interpreted as a seahorse (by me) and as Krazy Kat (by JB): 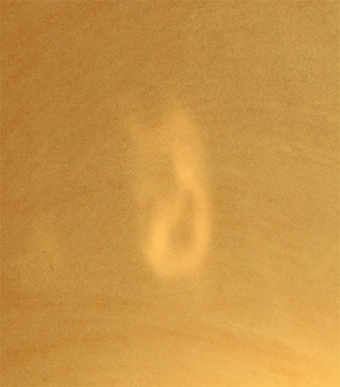 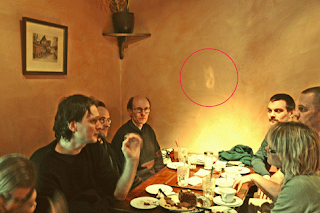 About one year ago the surrealist group of Stockholm engaged themselves briefly in a dicussion about one´s mythological apprehension of characters from the realm of popular cinema.

A survey, a text, some scanty response and examplifications were produced, but since then not much has happened and the project has inadvertently been put to rest.

For my part, one of the examples from this discussion was later epitomized visually and will be presented here, along with the mythological interpretation. 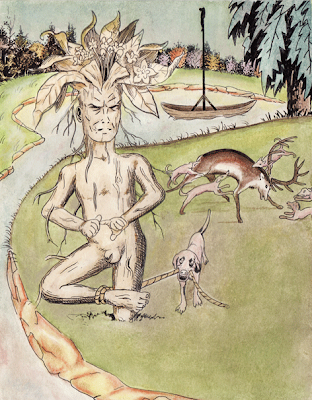 Clint Eastwood's early western movies predestined him for incarnating the archetype of The Hanged Man in cinema; someone who by capitulating to the cyclical processes has attained a calm, wise and vacuous personality, fit for the audience´s inflated projections. 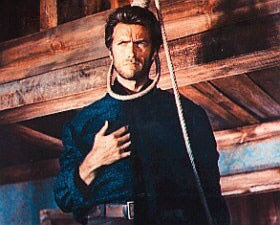 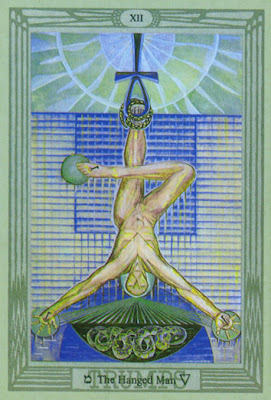 Beneath the actor´s mask he may additionally touch something imbecile beyond good and evil, since his role characters - much like his fellow-hanged-man Odin in Norse mythology - often seem to strike their enemies with the impersonal zealousness and precision of a discretely working natural force rather than as a human avenger or as a character with the usual heroic motivations.

Furthermore, I think that this mysterious non-human element goes hand in hand with his morphological appearance, which could be described as lying somewhere between root crop and old wood (a derivative relative of his is the ironic comics super-hero Flaming Carrot, whose name and character even further juxtaposes the very same traits).

So, what is individualized in Clint Eastwood´s figure in this image I´d call - and here I borrow a phrase from the speculative sphere of natural philosophy - something like "the impacts of vegetal intelligence on human life." Part human, part plant he is depicted here as the both mythologically and medicinally complex Mandragora officinarum. 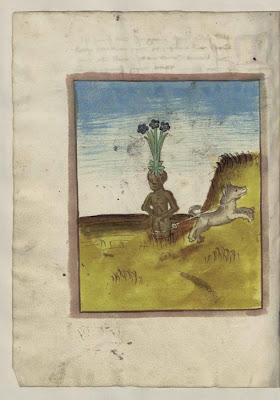 Posted by Kormorantrådet at 11:14 AM No comments: